Aftercare (In the Community)

Conditional Remission System seeks to deter ex-offenders from re-offending by subjecting them to conditions upon their release. Under the System, all inmates will be issued with a Conditional Remission Order (CRO), which will be valid until the end of their sentences and this is known as the ‘remission period’.

Most inmates will be released after they have served two-thirds of their sentence, if they had displayed good conduct and behaviour in prisons. When they are released, they will be issued with a CRO with the basic condition that they do not re-offend during this remission period, and must also not be convicted and sentenced to any of the following:

This will be in addition to any sentence that may be imposed for committing an offence in breach of the basic condition, and there shall be no one-third remission for the enhanced sentence. The maximum length of the enhanced sentence shall not exceed the remaining duration of the CRO from the date of the new offence.

A selected group of ex-offenders will have to undergo the Mandatory Aftercare Scheme as supervisees with conditions imposed in addition to the basic condition.

The Mandatory Aftercare Scheme (MAS) aims to support ex-offenders in staying crime-free and deter them from re-offending through a compulsory structured aftercare regime that provides enhanced community support, counseling and case management. 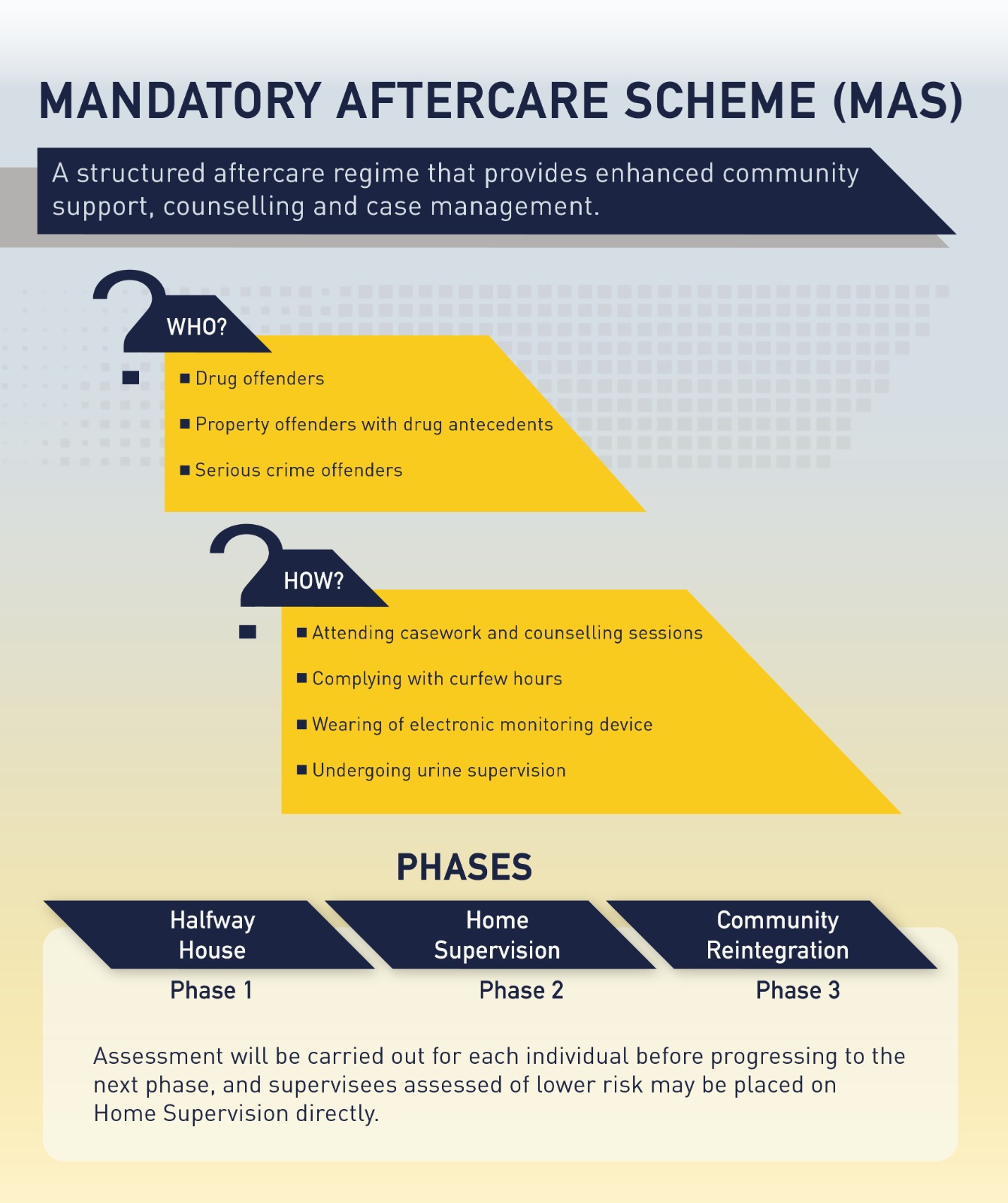 MAS comprises supervision and restrictions, which may include a mandatory residential phase, curfew hours and electronic monitoring. Upon release, ex-offenders who are required to undergo MAS will be placed progressively through step-down aftercare support and supervision.

In 2019, the Selarang Halfway House was established by Singapore Prison Service as the first Government-run facility to provide structured aftercare support for selected ex-offenders. It is a secular residential, facility set up that offers the residential programme under the Halfway House phase of MAS.